Chatsworth’s grounds and gardens are as well-known as the actual house, and it’s not hard to see why. 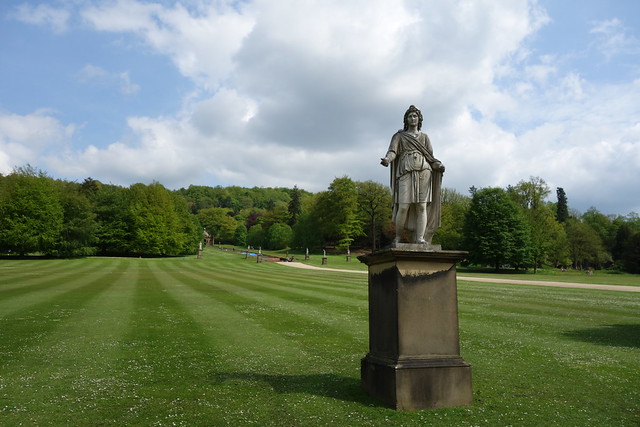 This is one of the many beautiful statues on the grounds. In the distance, you could see the famous Cascade. Unfortunately for me, the Cascade was being repaired while I was there (you can see the bright blue tarp) so even if I was able to get up close, I didn’t take any photos of it. 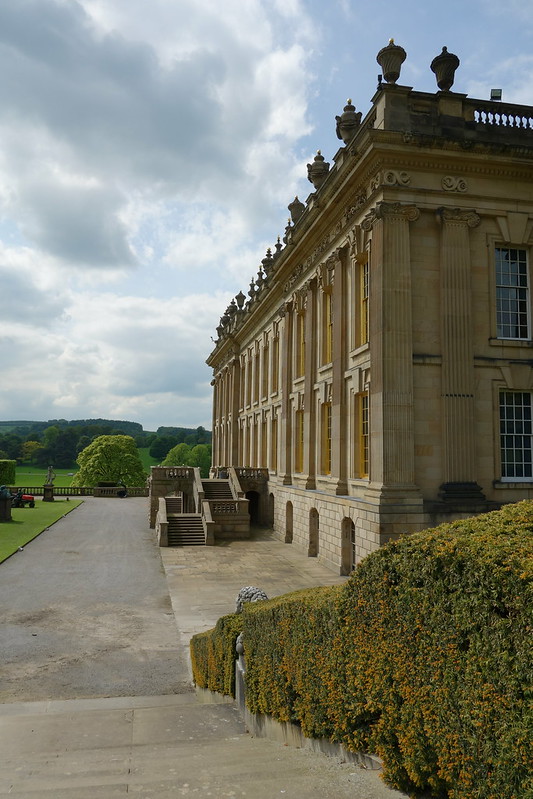 Fans of the 2005 Pride & Prejudice movie will remember this spot for the awkward yet utterly charming conversation between Darcy and Elizabeth when she visits Pemberley, not knowing Darcy was home. It is one of my favorite scenes in the movie with both actors playing their embarrassment and awkwardness so well. Unfortunately, this was as close to the spot as I could get, as the steps and the entire southern front of the house is restricted from visitors (you’ll see why later). 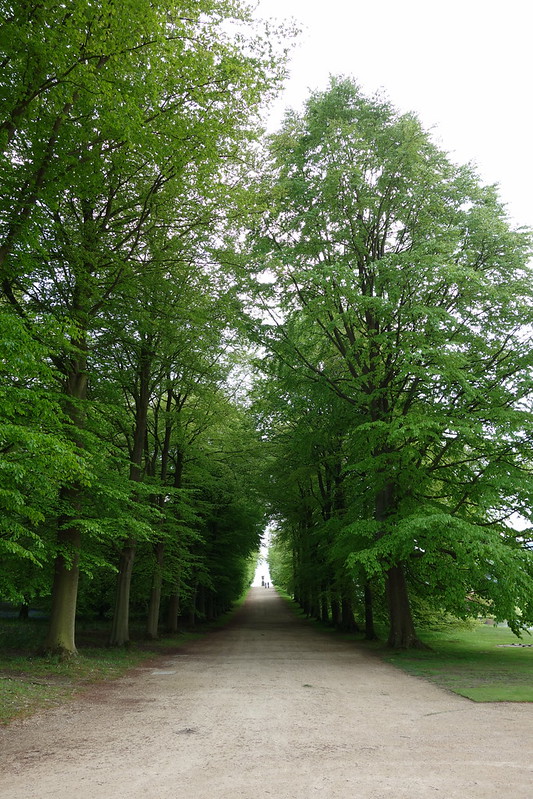 Really, how beautiful is that lane? I can’t tell you how long I stood there, just staring and taking it all in. 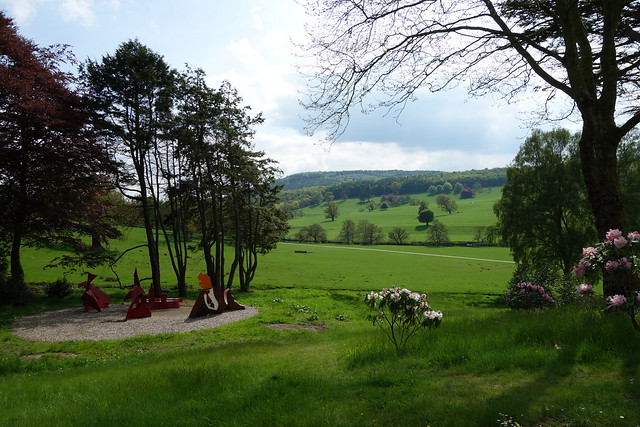 Art installations tucked away in surprising corners of the grounds. 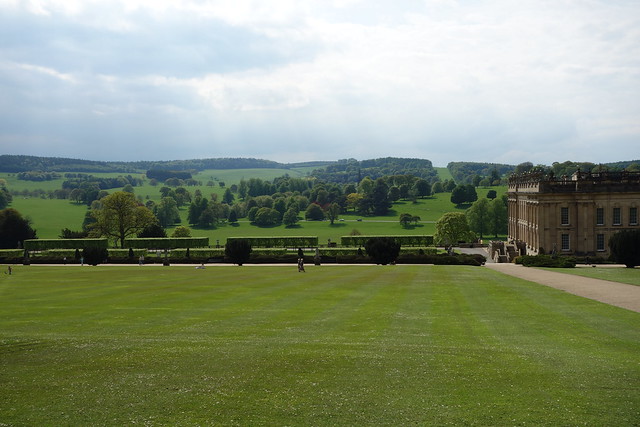 The view of the estate from the bottom of the Cascade.

A wider view: The Emperor Fountain, the house, the greenhouses from the Cascade. 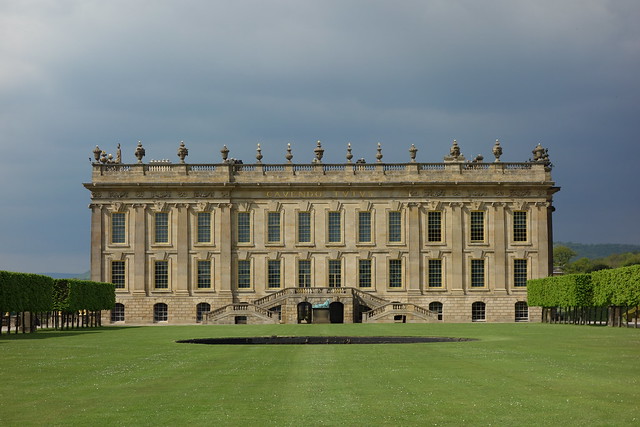 Despite my disappointment that the south front of the house was closed off from visitors, I understood why they did it when I was taking the above shot. It’s a much, much better picture without random people dotting it. 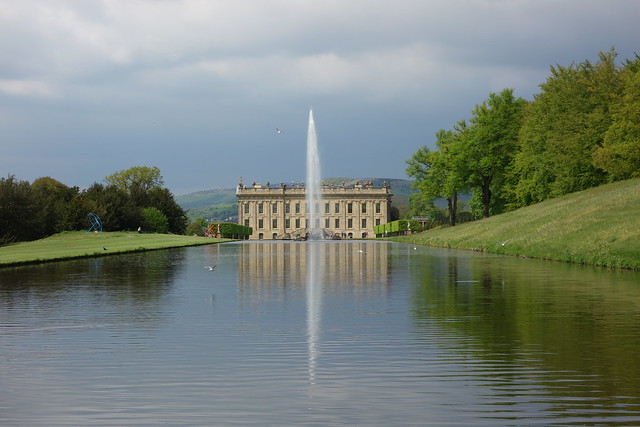 But this is the money shot, no? The house, the Canal Pond, and the Emperor Fountain. If only the sky cooperated.

Overcast skies notwithstanding, my time at Chatsworth was some of the most memorable of my entire trip. The House, the grounds, the gardens, and the entire estate were even more beautiful than I have imagined them to be and that’s saying something, as I’ve idealized it as Pemberley in my head. But even without its associations with my favorite book, movie, and fictional characters, Chatsworth’s sheer scale, grandeur and, natural beauty make it worth the detour to Derbyshire even for those who have never seen or read Pride and Prejudice.

I daresay it will even be worth a second visit.