It’s like that bad relationship you can’t shake off. You know it’s bad for you, you know you will get hurt again. But beyond all logic and reason you keep coming back for more.

Being a sports fan is like that bad relationship. Only 37 times worse.

Most of us eventually move on from that bad relationship. After we’ve been burned 3 times, 11 times, 24 times, most of us will eventually get the neon-lit message from God that we are not meant to be with that person. That the said person is scum. That they are not who we thought they were and they never will be. That they are the devil incarnate. Or something like that. 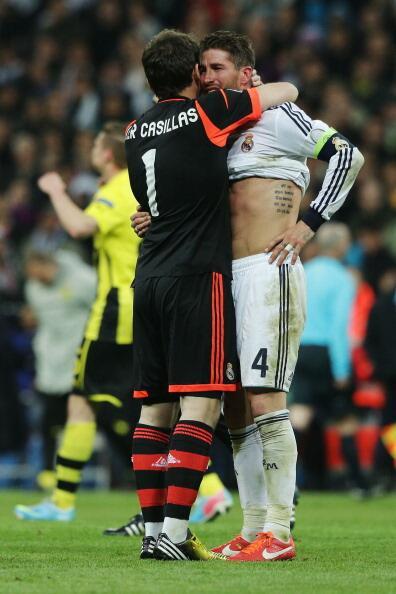 Without exaggeration, I can say that I feel their pain.

And a lot of times, I wish I wasn’t one of those fans. I wish I wasn’t so heartbroken when Andy Roddick announced his retirement (that’s the thing with supporting a TEAM, the team will always exist, you’re hooked for life). I wish I wasn’t alternately on my knees, praying and on the couch, lying in a fetal position during the last 15 minutes of Real Madrid’s Champions League semifinal match against Borussia Dortmund.

But I guess I am, a little. Every die-hard sports fan is. People give various reasons for supporting a team: it’s their home team, it was their father’s favorite as a child, it was the first team they saw play live, it was where all the hot players were playing. But all those reasons still don’t justify the tear-inducing, gut-wrenching, all-out love and support sports fans have for their team. It is illogical.

All love is, I suppose, but this love is even more bewildering than romantic love. Love for a sports team, in particular, is just bizarre because of the object of that love is an abstract concept, technically speaking. I love THE TEAM. The players will come and go, the coaches will change, but it will not matter to me and all the other fans. We will remain true to the team even if we hate the player the team just purchased (like I once did Ronaldo) or distrust the coach that will replace the beloved one. We will eventually love them all the same because they are Real Madrid.

And I will love Real Madrid all the same, even after this piss-poor La Liga season, even after that heartbreaking Champions League semifinal loss.

I just keep coming back. Like that bad relationship I just can’t quit.